Defying Hong Kong’s Cancel Culture: Diversity in the Face of Adversity at the Carnival 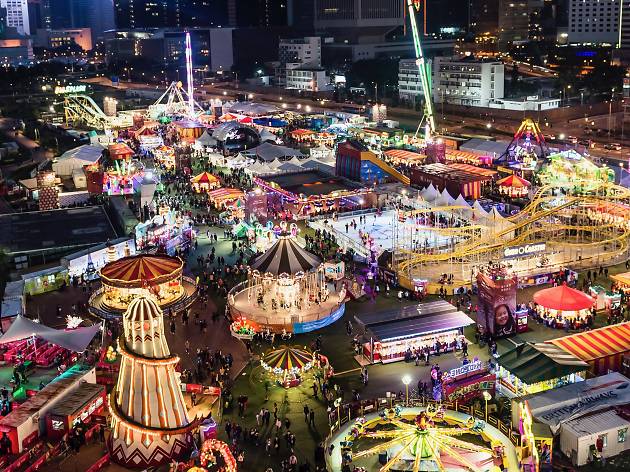 The continued unrest in Hong Kong has event organisers, entertainers, conference leaders, and scrambling to find alternative cities for their events. And many of the mainstays of the cultural calendar have been cancelled in the last six months. From small conferences to large-scale productions there have been so many cancellations that locals are more surprised when an event proceeds.

Clockenflap was perhaps the highest profile event to get the axe. This three day music festival is held over a three day weekend each November. In 2019 the line-up of global performers was a who’s who in contemporary music – Mumford & Sons, Halsey, and Lil Pump were all announced in the first round line-up. A few weeks before the event, Clockenflap was cancelled.

Other cancellations included the New Year’s Eve fireworks, HKFC 10s Rugby Tournament, the technology conference RISE 2020, and most recently the Chinese New Year parade – a perennial favourite for families and visitors. The e-magazine “Hong Kong Living” maintains a site to track all cancellations.

Many of the cancellations have been due to safety and security fears. Over 40 countries have travel advisories warning their citizens about the unrest in Hong Kong. That’s led to a precipitous drop in visitors. From a peak of 65 million visitors in 2018, overall visitor numbers fell precipitously in 2019. As example, in November 2019 overall visits dropped 56% year-on-year.

One wonderful exception to Hong Kong’s “Cancel Culture” is The AIA Great European Carnival, now open on the waterfront in Central. This family-focused fair has rides, games, shows, food, and lots of fun. It’s the brainchild of Michael Denmark, founder of The Great Entertainment Group. The show opened on 12 December and closes on 16 February.

“After Dark @ Asia Insight Circle” will be meeting under the VIP Tent at the carnival on Thursday, 16 January 2020 from 6:00 to 8:00 pm. Together with The Marketing Society, this co-sponsored event focuses on “Brave Conversations” and features Gemma Greaves, the Society’s global CEO. Featured will be an overview of bringing the carnival to Hong Kong by Mr Denmark. With the numerous cancellations and continuing protests, it’s nice to see a family-focused event open in Hong Kong. It’s important for children and adults alike to have a little fun in-between the challenges facing the city.