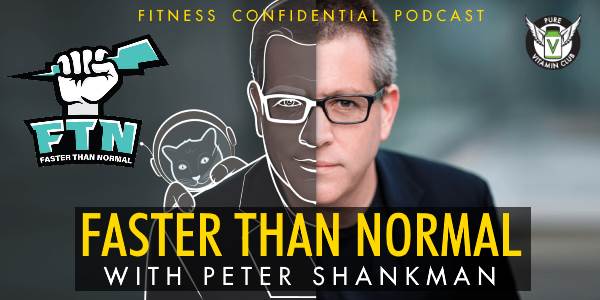 Imagine having a condition that forces you to be organised. Peter Shankman was young when his parents and teachers realised he had trouble staying focused, tended to be impatient, and had trouble getting his work done.  Peter was diagnosed with ADHD.

Attention deficit hyperactivity disorder (ADHD) affects children and teens and can continue into adulthood. ADHD is the most commonly diagnosed mental disorder of children. Children with ADHD may be hyperactive and unable control their impulses. Or they may have trouble paying attention. (WebMD)

Flash forward a few decades and Peter has learned to manage is condition. In fact, he’s flipped the narrative. Now instead of looking at ADHD as a condition or disability, Peter sees it as a gift. His unique way of experiencing the world requires him to get ready and be prepared.

Amazingly, he’s recognised that these same skills can help everyone. Now we too can see the benefits of approaching life with the viewpoint of an adult with ADHD.

“Faster Than Normal” is an Amazon best-selling book and an ongoing podcast series. Its been called, “A refreshingly practical and honest guide that rewrites the script on ADHD” (Google Books). Peter’s receives fan mail from people with the same condition – who now see the benefits of ADHD.

Listen to the podcast and learn how you can become “Faster Than Normal.”